The 3rd annual Summer Art Fair will be held every Saturday in August, on the beautiful grounds of the Eccles Art Center (2580 Jefferson Avenue, Ogden). The Art Fair will run each Saturday from 10:00 am - 2:00 pm. This outdoor market-style event will feature artists, live music, family art projects and more on the grounds surrounding the Eccles Mansion in Ogden. 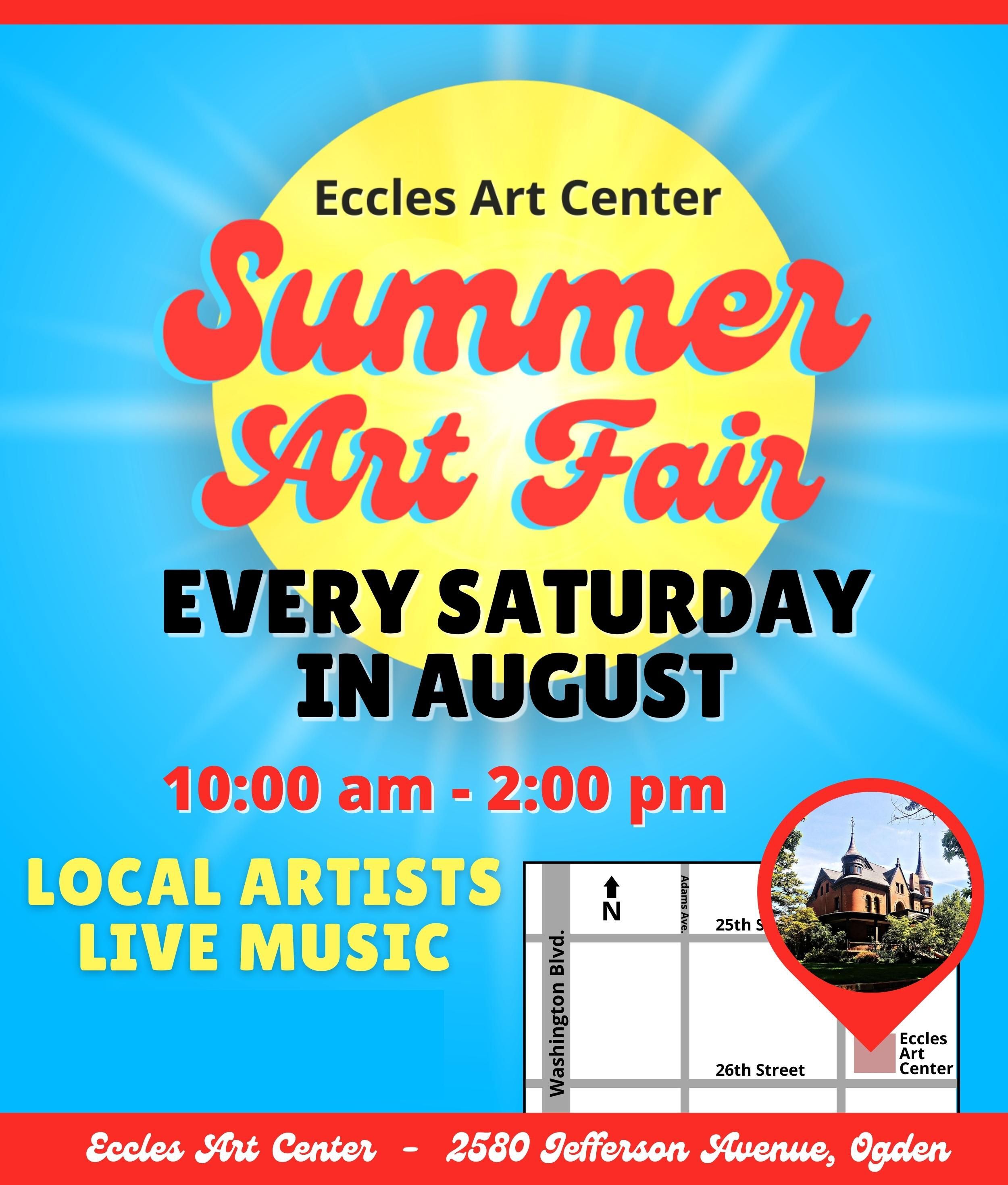